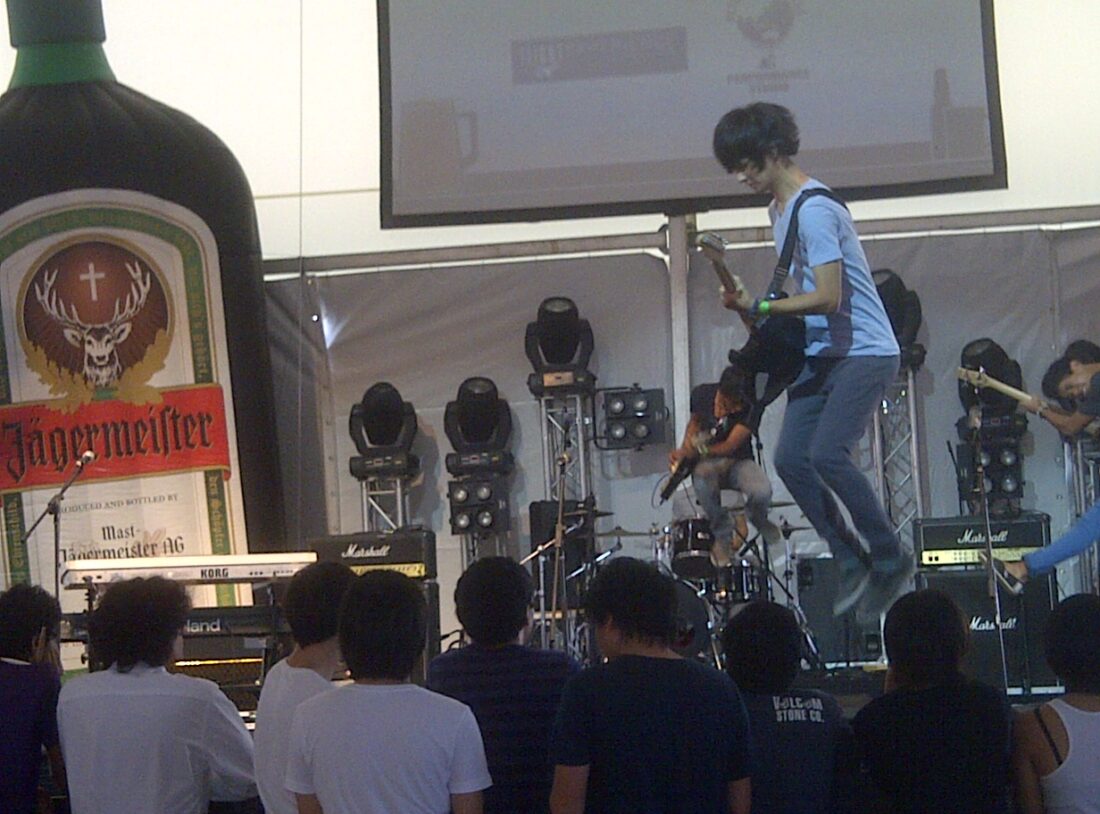 School House Rock and Timbre completed a band competition for participants between 13 and 25 years old on the 10th June 2012 at Beerfest Asia 2012. More than 15 bands participated and 500 people tasted good beer while enjoying new original music from local bands. “Disco Hue” came first in the competition while “Godzilla,” a band from the International School won second place. In third place was “The Cave”, from the Overseas Family School (OFS). All bands were commended for their efforts and provided with prizes.

Some administration services and gear were sponsored by the Centre for Content Promotion (CCP). The panel of judges included Isa Seow, a former major label recording artiste and lecturer (also from CCP), Richard Khan, a famous local musician, and Danny Loong, the Managing Director of Timbre.

The winner, “Disco Hue”, thereafter played prime-time on the main stage at Beerfest. They have also won the opportunity to play at Timbre and obtained F&B vouchers in addition to free concert tickets.