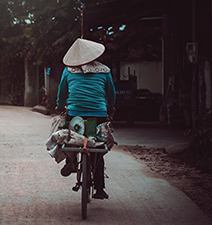 Vietnam and 123Movies: Whatever the Reasons for the Shut-down, It’s a Major Step Forward

When Vietnam-based popular pirate movie streaming site 123Movies, aka GoMovies, suddenly announced last month that they were shutting down—and advised its users to start paying for content– there was both relief and some head-scratching on the part of the content industry. The piracy site has long been a thorn in the side of content owners. It was cited by the International Intellectual Property Alliance (IIPA) in its 2018 submission to the US Government as part of the US Trade Representative’s (USTR) annual Special 301 country review process and featured in USTR’s most recent Notorious (Pirate) Markets report. Recently it was described by a senior executive of the Motion Picture Association of America (MPAA) as “the most popular illegal site in the world”, with 98 million visitors a month. Now it’s gone, and good riddance to it.

But why the sudden disappearance? Does this move mean that Vietnam has now seen the error of its ways and will move to clean up its act by shutting down other pirate sites operating from the country? Let’s hope so. This would be not only a relief for content producers but would mark a significant step forward for Vietnam’s its own content industry and for Vietnam’s place in the world.

There has been much speculation as to why Vietnam acted now, one of the theories being that the country wants to demonstrate its intellectual property (IP) bona fides at a time when it has been elected to serve as Chair of the World Intellectual Property Organization (WIPO) General Assembly for 2018-19, the first time in more than a decade that an Asian country has been accorded this responsibility and honour. That’s possibly a factor, but is unlikely to be the key reason. Certainly there was US pressure to act, with the previous US ambassador to Vietnam, Ted Osius, having been reported a year ago to have requested that 123Movies, as well as two other Vietnam-based piracy sites, Putlocker and KissCartoon, be prosecuted for copyright infringement. The current ambassador, Daniel Kritenbrink, gave the opening remarks at a “Workshop on Intellectual Property Enforcement in a Digital World” on March 12 in Hanoi, sponsored by Amcham Vietnam, just a week before 123Movies shut down. Ambassador Kritenbrink stressed the importance of IP and innovation as building blocks for economic growth and as a key element in Vietnam’s economic development.

In the meantime, Vietnam remains on USTR’s Watch List because of enforcement challenges, among others. In common with many Asian countries, Vietnam’s IP laws, while good on paper, suffer from weak enforcement owing to lack of commitment and resources, and divided jurisdictions. Especially when many users of a pirate website are located outside Vietnam, there is often insufficient incentive to act. Even though 123Movies has shut down (and as of now, remains down despite “clones” that have sprung up to try to cash in on the name), there are still other streaming sites operating in Vietnam that continue to do damage to content producers, undermining Vietnam’s domestic content industry, its international image and the message of its government.

Among these are http://www.phimmoi.net/, http://banh.tv.com and http://vung.tv. If you are bold enough to click on these links, you will see that the sites are in Vietnamese, but there is no problem in accessing US-produced content, as well as content from Korea, Japan and elsewhere. While not of the scale of the previous Putlocker (shut down last year) and 123Movies, these sites are still significant players in the piracy market. PhimMoi is estimated to have over 63 million visits per month, while Banh gets some 25 million monthly visits.

There are good reasons for Vietnam’s government to act against these and other pirate sites. While hosting international pirated content may seem like a good business model for some young Vietnamese tech-savvy “entrepreneurs”, it is not the direction the government wants to go in. Vietnamese companies are investing in local productions and acquiring Hollywood content for local OTT services (Over-the-Top content delivered over telecomm networks). The Vietnamese government’s commitment to copyright protection will help to build a legitimate marketplace. Moreover, Vietnam is one of the economic drivers of ASEAN, the ten country trade and political alliance that is engaged in negotiating a regional trade agreement (known as RCEP—the Regional Comprehensive Economic Partnership) with Korea, Japan, China, India, Australia and New Zealand, and it wants to move up the value chain. It is also one of the members of the recently concluded Comprehensive and Progressive Trans-Pacific Partnership (CPTPP), the new name given to the previous Trans-Pacific Partnership after the United States withdrew. The CPTPP has a robust IP chapter (notwithstanding the fact that a few of the IP provisions were “suspended” once the US withdrew) that Vietnam is committed to implement.

One of the motives for Vietnam’s participation in the original TPP was better access to the US market. With the US withdrawal, Vietnam nonetheless pursued the benefits that it will obtain from the other 10 partners, including Japan, Canada, Australia, Mexico and Chile, but it is still keen to cement its trade relationship with the US. That is not going to happen as long as the country is known for being a haven for content-theft websites undermining the business models of local and US companies. And it may be just a coincidence, but with the US and China about to butt heads over intellectual property, it doesn’t do Vietnam any harm in terms of its relations with the US to be seen to be moving in the right direction in terms of protecting IP.

Were these some of the calculations behind the shutdown of 123Movies? We will probably never know what the mix of reasons was, but it is clear that pressure was brought to bear on the site operators by powerful elements within the Vietnamese government. It was no longer worth the candle to tolerate this open flouting of international IP standards and it was very much in Vietnam’s strategic interest to act. However, while 123 Movies is gone, unless there is a consistency to Vietnamese policy that translates into a will to close down other clone pirate sites, and to keep 123Movies off the Internet, this will be seen as a one-off aberration. That is surely not the message that Vietnam wants to send.

If Vietnam’s policy on IP and copyright is to “crossover” from the dark side to the light, then it has to be done consistently and firmly. Only time will tell if there is further action to come. Let’s hope so. © Hugh Stephens, 2018. All Rights Reserved.This post first appeared on Hugh Stephens Blog: Vietnam and 123Movies: Whatever the Reasons for the Shut-down, It’s a Major Step Forward.