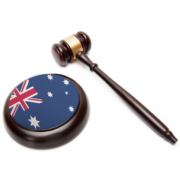 As an example of the attraction that Australian consumers seem to have for pirated content, Burke reminded his audience that Australia, (with a population of just 24 million compared to 300 million in the US), accounted for fully 12.5% of the illegal torrents of the season 6 premiere episode of Game of Thrones whereas the US total was considerably lower at 8.5%. According to the Guardian, Australians led the world in illegal downloads of the episode, even though it was available on a day and date basis on Australian pay-TV provider Foxtel, where it set a new record of 727,000 paid viewers, surpassing the previous record for a broadcast of (what else?) the Australia-New Zealand rugby world cup final in 2015. (Australia lost). The excuse often offered is that the programming is not available in Australia, but if lack of access to popular content in a timely manner was a problem in the past, this is no longer the case according to Burke. However, as the Game of Thrones case clearly shows, just providing access is not enough on its own to deter piracy.

Another element of Burke’s strategy is to fully exploit the new site blocking legislation introduced in Australia last year. Foxtel and Roadshow have already brought court action to block Pirate Bay and Solar Movie under the new legislation and Burke stated that as soon as the rules of engagement are set for blocking websites, Roadshow will go after another hundred or so “criminal sites”. Studies in the UK have shown that site blocking can be an effective tool in changing consumer behaviour, even among hardcore users of infringing material, as I have reported in an earlier blog. Not only has site blocking been shown to be an effective disincentive against streaming of pirated content, resulting in an increased take-up of legitimate streaming services, it can also be implemented without damaging the smooth functioning of the Internet (notwithstanding the alarmist claims of some critics). If illegal content in other areas of content, such as child pornography, illegal online gambling or malicious spreading of viruses can be blocked without disrupting the effective operation of the web, there is no reason why the same protocols cannot be adapted to block other forms of illegal content, such as copyright-infringing material.

Perhaps the most innovative of Burke’s proposed 5 step strategy is his plan to take legal action against persistent downloaders, suing repeat infringers to seek court-ordered fines of $300. Taking legal action against consumers can be an expensive and risky course of action opening the industry to sensationalized media charges of “beggaring the innocent” by picking on uninformed children, elderly grandparents, innocent room-mates or whatever. However Burke’s plan is to make the fines sting but not cause major financial hardship.

The intent is not to seek punitive damages so as to set an example, a strategy that has back-fired in the past, but to educate consumers much in the same way that stiff traffic fines are used to warn drivers and correct poor driving habits.

The goal is to encourage positive behaviour through heightened awareness and education. To this end, the proceeds would be directed through Creative Content Australia toward educating consumers on the reasons for copyright protection, including highlighting the economic benefits the creative industries bring to Australia, as well as underlining the fact that pirating content is theft. Many young people—the primary although not exclusive users of illegal downloads—are generally aware that there is something “wrong” with illegal downloading but don’t equate it with stealing, as they would if they were caught pinching DVDs at Best Buy. A $300 fine will bring home to them, and to most parents, that this is an illegal and unacceptable activity.

The concept of investing the proceeds from legal action against illegal downloading or streaming into consumer education is a good one. At the end of the day, without community support, the other elements of the strategy will not work and so community awareness is vital. A culture of tolerating piracy, and turning a blind eye to its negative effects, seems to have taken root in Australia (and other countries, for that matter). To counter this, a comprehensive strategy involving a mix of carrot (better and more available content) and stick (site-blocking, fines) is needed, fully-funded and delivered consistently and in a sustained fashion. Results will not come overnight but if Village Roadshow and Graham Burke stick to their plan, and execute well, hopefully Australia will start to turn the corner on its piracy addiction. Australian creators deserve no less.

Hugh Stephens has more than 35 years of government and business experience in the Asia-Pacific region. Based in Victoria, BC, Canada, he is currently Vice Chair of the Canadian Committee on Pacific Economic Cooperation (CANCPEC), Senior Fellow at the Asia Pacific Foundation of Canada, Executive Fellow at the School of Public Policy at the University of Calgary, and an associate faculty member in the School of Business at Royal Roads University, Victoria, BC. Before returning to Canada in December 2009, he was Senior Vice President (Public Policy) for Asia-Pacific for Time Warner for almost a decade, based in Hong Kong, where he managed Time Warner’s public policy program in Asia Pacific for Turner Broadcasting, HBO, Warner Bros, Time Inc. and AOL.