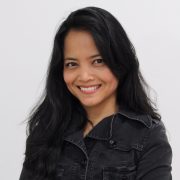 Positive changes, some already implemented and others recently announced, include enhanced infrastructure to guard against online piracy, the liberalization of the film sector through the removal of foreign investment restrictions, and ongoing awareness throughout the country aimed at garnering respect for creativity. Foreign capital is positioned to infuse the market, screen density is poised to increase, and Indonesian filmmakers are garnering international acclaim. As the Founder & CEO of Moxienotion, a boutique film distributor, I couldn’t be more excited about the future of Indonesian cinema.

The changes began in late 2014 when Indonesia joined the growing ranks of a number of other regional jurisdictions by amending its copyright law and enacted provisions allowing the authorities to block access to copyright infringing websites located overseas.

Last summer, the Communication and Technology Ministry ordered the country’s internet service providers to block access to 22 of the most egregiously infringing sites including the Pirate Bay, Isohunt, Movie2K and Ganool among others. Another 60 sites were blocked in March.

Unlike legitimate online platforms these illegal sites are built on a foundation of theft and we’re glad to see them go. And guess what, it hasn’t broken the internet like some naysayers predicted. Site blocking is in fact a common, ordinary practice that just about every government in the region engages for one reason or another. Protecting filmmakers and musicians against the rampant, unauthorized infringement of their creative works is every bit as deserving of that discretion. Indonesian creators are willing and able to stand on their own feet and compete in an international arena for their fair share of reward and acclaim, but nobody can compete against pirate syndicates bent on stealing our works and cutting us out of the equation altogether. So we thank our friends in governments for addressing this, and giving us a fighting chance to succeed.

In February the government announced that it would (finally!) remove the film sector from the Negative Investment List (NIL) as part of a new economic stimulus package, confirmed recently with a Presidential Decree announcing the revised list. Designed to protect certain commercial sectors from foreign direct investment, the NIL’s extension into the film sector has, unfortunately, become a millstone hung around the industry’s neck and restricted our ability to grow. International financing is accompanied by international expertise and technological innovation. Keeping foreign money out of the sector meant that certain parts of the industry that are better developed in other markets, such as independent distribution, haven’t taken root here. This has meant that a lot of filmmakers here have to take on their own distribution, which increases both the costs and risks for local productions, resulting in fewer local films getting off the ground. So the very policy intended to help protect local industry has somehow had the opposite effect. It will be interesting to watch how each sector of the industry develops now that a wave of new capital can enter the market. Certain players have already signaled their intention to focus on local productions, for example. The exhibition sector is also set for growth as well and this is great, because there just aren’t enough cinemas and movie screens in Indonesia (around 1,000 at present) for a population of our size to enjoy the vast array of local and international releases available in the marketplace. By opening up the cinema side of the business, a welcome tide of foreign capital will help to provide additional outlets for audiences, and since multiplex cinemas typically serve as anchor tenants in shopping malls and retail centers, we can expect to see further benefits of commercial development to local economies that go beyond just watching movies. A few big players have already noted their interest in this sector and government officials have stated a goal to encourage the development of 5,000 new screens, or about five times the present number. That’s a good start for an audience of almost 300 million movie lovers.

But what would be even better for the market’s continued evolution would be the introduction and adoption of a transparent mechanism for box office reporting, to better determine how films perform across the archipelago. Most developed markets by now have such a system in place, providing producers and distributors more timely and accurate information to maximize and sustain revenues. A market as diverse as Indonesia cries out for such a system and it is the subject of discussion amongst industry players right now.

Another old regulation originally intended to protect the film sector, but which arguably restricted its growth, was a provision dating back to 2008 requiring films and DVDs distributed in the country to be replicated locally instead of imported from abroad. It was never implemented in practice – largely because local replicators lacked the capacity (and the technological standards utilized internationally) to adequately service the market, leaving the government to postpone its implementation every year since it was enacted. It’s finally been resolved because the ministry that originally issued the decree no longer exists, but the uncertainty that surrounded it over the past eight years sent a bad signal to the rest of the world and kept Indonesia visibly out of step with global best practices.

Regarding best practices, a quota dating back to 2009 requiring 60% of all screen time to be allocated to domestic films has also never been implemented. Such a restriction, if it ever went into effect, might arguably be another market detractor that would turn international investors away and end up hurting local filmmakers in the long run. However well intentioned, screen quotas don’t automatically result in audience attendance because a movie has to be good in order for people to want to watch it. As a film distributor both in Indonesia and abroad I have an innate sense of the kind of movie that will resonate with local audiences and there are better ways to incentivize local productions than to impose artificially detracting regulations into the market.

Meanwhile, the sector has also benefitted recently from a greater awareness in Indonesia about intellectual property rights and the economic benefits (for everyone) of creators’ rights. The government and industry have been working together for a while now to educate consumers of all shapes and sizes and at every possible opportunity, involving workshops, conferences, seminars, messaging, youth contests and public events including World Intellectual Property Day in April.

Indonesia has so much potential and I truly support the growth of the local industry, which can only grow in quality when there is open and fair competition in the market.

Nora Mediana is the Chief Executive Officer of Moxienotion, which distributes ‘The Wave’ in Indonesia.