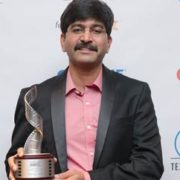 Online content theft, driven primarily by advertising revenue, remains a highly profitable business which detrimentally impacts India’s creative community, its technological innovators, and our social fabric. The Telugu Film Chamber of Commerce has noted unofficial estimates that annual losses to the Indian Media and Entertainment industry due to piracy are close to $2.5 billion. Baahubali: The Beginning, released in 2015, at one time had 1,485 active piracy links and has been downloaded illegally more than 24.76 lakh times. New solutions addressing the bottom line of film piracy have proven effective in other markets and provide a good example for India to consider.

A recent report commissioned by the Federation of Indian Chambers of Commerce and Industry (FICCI) and released during the 2017 FICCI FRAMES conference in March took a close look at how India’s most popular copyright-infringing sites make their money, and confirmed that advertising revenues remain the primary economic driver for the copyright theft industry. The report, entitled ‘Badvertising: When Ads Go Rogue’ updated earlier research undertaken four years ago and found that 73% of more than 1,000 pirate sites surveyed, many of which are hosted in and operated from India, were ad-supported and have the potential of generating millions of dollars for the site operators.

More than half of the advertisers were for products and services for ‘mainstream’ or otherwise legitimate industries – consumer goods, transportation companies, telecommunication services and the like – while a significant portion involved so-called ‘high-risk’ advertisements for goods or services related to malware, gambling, adult dating & pornography among others. Because the pirate sites are accessible free of charge to any internet user in India, those (often very graphic and explicit) advertisements can easily be seen by children and teenagers. The social impact of online piracy cannot be overlooked. The study observed that a number of the sites included in the research have already been the subject of blocking orders directed by the High Court of India, but have bypassed them by launching proxy sites through which they continue to operate and gain income. The continued proliferation of pirate sites provides a disincentive against continued investment in legitimate online platforms, such as Hotstar, Spuul, and Voot.

Advertising revenue has for some time been the preferred business model upon which the world’s most egregiously infringing sites and networks is based and the phenomenon is by no means restricted to India. A 2012 report commissioned by Google and others entitled ‘The Six Business Models for Copyright Infringement’ investigated advertising networks and their support for major pirate movie and music sites around the world. That report found that advertising financed 86% of the P2P search sites that featured illegally distributed content. That research also showed that many major brands were not aware that they are, in fact, the key source of funding for the piracy industry. Subsequent research by the University of Southern California starting in 2013 confirmed that large, illicit file sharing sites were distributing illegal content with the unknowing assistance of both ad networks and popular brands, siphoning millions of dollars away from the creative community. A study commissioned by the Digital Citizens Alliance in 2014 estimated the advertising revenue of 596 popular pirate sites to be in excess of $227 million, with the top 30 sites earning an estimated $4.4 million each.

By now a number of countries around the world have taken steps to choke the flow of revenue funding through various means of intervention. In some instances, such intervention has taken the form of voluntary cooperation between brands and advertisers to minimize the likelihood of good ads ending up in the wrong place. Other countries have opted for greater oversight by regulatory authorities to stop the flow of funding altogether.

For example, FICCI’s study mentioned in particular the United Kingdom’s development of an Infringing Website List (IWL), based on industry coordination and subsequent investigation by the Police Intellectual Property Crimes Unit, or PIPCU. PIPCU is a specialist national police unit dedicated to protecting the UK industries that produce legitimate, high quality physical goods and online and digital content from intellectual property crime. As a law enforcement gatekeeper against online content theft, upon evidence of criminality the unit is authorized to undertake a range of interventions available under UK law.

In May, 2016 PIPCU announced the launch of ‘Operation Creative’, a ground-breaking initiative coordinated with the creative and advertising industries to disrupt and prevent websites from providing unauthorized access to copyrighted content. That initiative involved rights holders in the creative industry identifying and reporting copyright infringing sites to PIPCU, providing a detailed package of evidence indicating how the site is involved in illegal copyright infringement. PIPCU then evaluates the websites to verify that they are in fact infringing and thereafter contacts the site owner and offers them the opportunity of engagement to correct their behavior and operate legitimately. If a website fails to comply and engage with the police, PIPCU employs a variety of tactical options including advert replacement and disrupting advertising revenue through the use of an Infringing Website List (IWL).

The IWL is an online portal containing an up-to-date list of copyright infringing sites, identified and evidenced by the creative industries, verified by PIPCU, and made available to those involved in the sale and trading of digital advertising so that they can voluntarily decide to cease advertising placement on the illegal websites thus disrupting the flow of advertising revenues to the site operators. Research released by PIPCU in March estimated a 64% decrease over the previous twelve months in advertising from the UK’s top ad spending companies on copyright infringing websites.

This model seems highly replicable in India, where both the Telegana Intellectual Property Crimes Unit and the Maharahstra Intellectual Property Crimes Unit (each of whom were modeled on PIPCU) maintain close relations with content providers in these states. FICCI’s report, which specifically lists 1,143 torrent and P2P portals, direct download host sites, linking, and video streaming sites is surely a good starting point for such an initiative. I have every confidence that these units could coordinate with the copyright and advertising industries to identify new sites, monitor enforcement results, and raise awareness amongst the general public.

India’s music, film, and television industries deserve all the protection that can be mustered. As the content theft industry continues to evolve and embrace new market opportunities, so too must our enforcement agencies. Stopping the flow of revenues to pirate sites is an effective way to address this insidious problem.

Rajkumar Akella is the Honorary Chairman of the Anti Video Piracy Cell of the Telegu Film Chamber of Commerce in Hyderabad, Telangana, and the receipient of the Motion Picture Association’s Asia Pacific Copyright Educator (ACE) 2016 award.