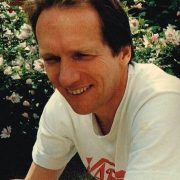 Consumers will be the real losers from proposed copyright reforms

Every week at Australia’s 2,080 cinema screens, an army of around 10,000 workers – mainly youth – facilitate the screening of 100 or more titles – features, documentaries, concerts and even sporting events – to audiences around the country.

Those jobs, the diversity of that content and the continuing investment in upgrading cinemas would be jeopardised if the Productivity Commission’s proposed copyright reforms are adopted, according to screen industry executives.

Addressing a PC hearing in Sydney, the bodies representing Australian exhibitors, home entertainment distributors and local and international theatrical distributors warned the Commission’s recommendations would open the door to more online piracy and threaten the viability of cinemas and Australian film production, resulting in a reduction of entertainment choices for audiences and thousands of potential job losses.

The PC is taking further industry submissions following the release in April of its draft report into intellectual property arrangements. Its final report is due in August.

Michael Hawkins, Executive Director of the National Association of Cinema Operators – Australasia, which represents 1,400 cinema screens in Australia and New Zealand, noted that in the past five years, the industry has invested heavily in the transition of cinemas from celluloid to digital and is now spending considerable sums on extensive refurbishments including immersive sound systems, extreme screens and laser projection.

Hawkins warned that any weakening of copyright protection, at its most extreme, would result in a reduction in the number of the Australian films and the closure of many cinemas – potentially those in the smallest markets, regional towns. “Without strong copyright protection there is just no business model. If the product is stolen cinemas will be no longer be viable; there will be massive job losses. The heart and souls of many communities will also be lost.”

“It is ironic that during an election campaign, where all sides profess commitment to innovation, jobs and growth, parts of this report speak to the death of innovation, creativity, and tens of thousands of jobs.”
Australian Home Entertainment Distributors Association (AHEDA) CEO Simon Bush rejected the PC’s recommendation that geo-blocking should not be allowed and indeed that their circumvention should be encouraged.

Bush referred to an ABC radio interview with Commissioner Karen Chester in which she said the PC believes Australians should be able to access overseas platforms like Netflix and all the US cable networks from Australia.

“The logical conclusion of this recommendation is that content will only be accessed and made by global platforms who can acquire global rights – there will be no room for smaller projects that have a niche audience,” Bush said.

“By encouraging Australians to access overseas-based platforms for content consumption, they will be taking revenue offshore and ensuring the emasculation and by-passing of the Classifications Act, with which Australian-based platforms legally have to comply.”

If Australians increasingly access content from offshore, that would undermine the ability of the Australian TV networks and Foxtel to invest in local production.

Similarly Australian film producers rely on sales to numerous territories to fund a large part of production budgets, so any significant loss of international revenue would make it much harder to finance films.

Both Bush and Hawkins challenged the PC report’s implication that screen content is not released in Australia in a timely and affordable manner. Of the top 10 grossing films in 2015, nine opened in Australia before the US.

Bush cited research commissioned by global analysts IHS in Q3 2015 which found that Video-on-Demand and Electronic Sell-Through prices for new release and catalogue product in Australia are lower than in the US and UK.

“Piracy rates for some films surge by 300% after the release of the DVD and digital version, suggesting availability is not the issue, but availability of a quality digital copy for piracy purposes is,” he said.

“If availability and price somehow is the panacea for piracy then how do you explain that Australians had the largest per capita piracy rates in the world for Breaking Bad when it was available the day after broadcast digitally for a few dollars an episode?”

Paul Muller, Executive Chairman of the Australian Screen Association, which represents the interests of the major film studios, challenged the PC’s proposal to introduce the ‘fair use’ doctrine, which permits the copying of copyrighted material for limited purposes such as criticism, news reporting, teaching, and research, without the need for permission from or payment to the copyright holder.

Noting that only a tiny fraction of Berne Convention signatories has adopted fair use, he said, “It is hard to find another area of policy where the leadership of 158 countries counts for so little in Australian policy development.

“So it would be reasonable for those relying on copyright to earn a living to expect very solid and substantive evidence that the current fair dealing system isn’t working or that the proposed fair use system will have sizable benefits, yet there is no credible, comprehensive or convincing evidence presented for either of those arguments. Rather there are only theoretical arguments justifying the changes.”

Muller also disputed the PC’s assertion that copyright stifles innovation, citing a 2011 report by Professor Ian Hargreaves, commissioned by British Prime Minister David Cameron, which demonstrated it is the investment culture in the US that drives innovation, not fair use. “The reward for creation and innovation is the incentive to create more; undermining this will mean less creation,” Muller said.

Bush concluded, “In my view the recommendations on copyright put forward by the PC will in fact result in reduced investment, jobs and revenue and shrink the economy.

The film and TV sector supports 46,000 full-time employees and contributes $5.8 billion to the Australian economy. Copyright underpins investment in creative content and the evidence for change is at best weak and contentious.”

Don Groves is an experienced entertainment journalist. He writes for Inside Film and C21 Media, and manages the Content Cafe blog for Creative Content Australia. Previously, he spent 24-years working at Variety in both Sydney and London. Don has also worked as an editor and contributing editor of TV Asia Plus, Deadline.com and SBS Film, and as an online movie critic for Australia’s Foxtel and Showtime networks.