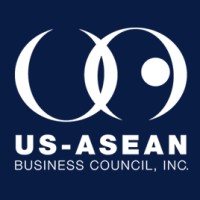 Thank you and good afternoon! It give me great pleasure to be here to comment on the remarks you just heard from Ambassador Kirk Wagar, US Ambassador to Singapore, on regional trade and the creative economy .

I am extra pleased to be able to talk about things I really like to talk about — Innovation Creativity diversity, and Fun. I haven’t had much chance to talk about these things — especially the fun part — since the US election so this is a great opportunity for me.

Actually, I have another reason for loving this topic —I am a closet geek. I started out my professional career as a research physicist for NASA. I designed a holographic camera, perhaps the first of its kind in the world, and would have made the prototype if NASA had the funds. They wanted to use their money for a moon shot or something like that so my design remains on the shelf in a box along with several old physics books.

As usual, Ambassador Wagar hit all the right notes. Intellectual Property protection and a sophisticated IP incentive and nurturing ecosystem are vital prerequisites for a robust innovative economy and Singapore has all those requirements.

Furthermore I agree with Ambassador Wagar on the welcoming atmosphere for foreign direct investment here and the result that American companies have come here by the hundreds and found the forward looking policy environment an excellent incubator for business that have been here since before Singapore became a city state!

The atmosphere, geography and demography combined and headed by leaders of the caliber of Lee Kuan Yew and institutions like the Economic Development Board, the Committee for a Future Society, and the like have combined to make Singapore South East Asia’s hub for big tech companies.

The US ASEAN Business Council has over 150 companies as its members and just about every one of them has an office, if not its regional headquarters, here in Singapore.

I also liked the way in which the Ambassador noted the tradition of philanthropy within American Business. Giving back is a key part of the DNA of American firms and this often takes the shape of projects to support clean water, education, scholarships, and other fields which not only give back to the community, but help those communities to thrive and develop their own creative elements.

ASEAN is America’s 4th largest export market and the largest destination for US FDI in Asia! Of course, a great deal of that investment is right here in Singapore as the Ambassador pointed out. And Last year ASEAN inaugurated the ASEAN Economic Community to give a boost to integration in this vital region of the world. ASEAN is also home to four of the TPP members, which may or may not mean anything over the next few years but we can talk about that later.

Within ASEAN, Singapore is, of course, the most advanced economy in many ways and innovation is perhaps the brightest star in a constellation of advanced institutions and Ambassador Wagar has described many of the policies that have brought Singapore to this situation today.

Coming from the US, however, and representing the Private sector, I would like to say a few words about the contribution of business to innovation, creativity, diversity and fun!

Ever since Samuel B. Morse made a grant of a few thousand dollars to a university to further develop his invention — the telegraph, business has been playing a significant role in the development of innovation in the United States. Elon Musk and his concept of a private sector Mars mission, hypersonic vacuum trains criss- crossing the globe and, of course the Tesla, now that the private sector can also be a source of innovation.

Not only does the private sector come up with its own innovative ideas, but it also works very closely with the Government to jointly develop technologies and bring them to market. The private sector is great at commercializing ideas and putting the on your breakfast table. Remember Tang — the orange juice astronauts drink, or Teflon — great for re-entry heat shields AND non-stick fry pans!

But over the years we have come to realize that the real importance of Government lies in funding what I think is called these days curiosity research — those topics which are more blue sky and which have no known application yet. Even Bill Gates has said that h Private sector is wonderful at marketing and engineering devices for consumers, but hasn’t a clue about blue sky research!

In the US there has been a close relationship among Academia, business and government for many years. When I was studying Physics in undergraduate school we had several professors in our engineering school who were not only teaching us but also working on government and private sector (in this case automobile industry) contracts. Good for the Professor, good for the school and great for the government!

In South East Asia this is an underdeveloped function. I recall that about ten years ago right there in Singapore, there was a conference of government Research and development agencies from ASEAN to look at best practices for these institutions in developing innovative ecosystems. They didn’t call them that of course, can’t recall exactly the title of the conference, but the results were clear. First, Singapore had demonstrated leadership in calling together these institutions and has continues that leadership ever since. Second, while innovation and strategies like incubators, best practices, sandboxes and the like were concepts that were not unfamiliar to the participants, it was clear that the varied levels of development and resource constraints of the participants meant that innovation policies and regulatory frameworks were more a theoretical discussion than a practical one.

Now fast forward almost ten years and there have been two new phenomena which have had a significant influence on the situation: the mobile phone has been a game changer terms of a platform that is easily handled by entrepreneurs, low capital investment and limitless ideas than can be played with; the second is crowd funding and other alternative ways off financing innovation. With these two things in play there is scope for an uprising of new companies, ideas and business plans. Perhaps the best known here in SEA is Go-Jek which now rivals UBER and is into delivery off passengers, packages and Pizzas!

Well I do not want to make a whole new speech out of comments on Ambassador Wagar’s excellent remarks, but I will end up with a suggestion, or two. First look at storm of the American Colonies in innovation space like University of Arizona’s LEEAP program in Vietnam where they are developing engineering departments and accrediting them in Vietnamese universities and LEEAP a similar program about to get underway in Indonesia. Also Look at GE’s center of excellence in HCMC for solving problems in Petroleum engineering not only in Vietnam but around the region and, indeed, the world, Also Microsoft entrepreneurial projects in Bandar Seri Begawan…yes Brunei, where their program after two years has already graduated about twenty new entrepreneurs.

In short, as Ambassador Wagar said America wants to partner with South East Asia — whoever is President — and the US Government and Private Sector are going to be here for the long haul so let’s start a conversation and see where it might take us.