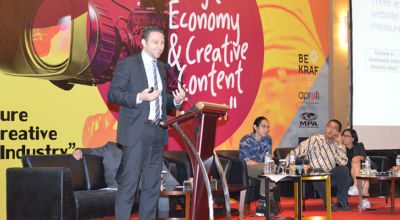 Antipiracy Enforcement in Malaysia and Jakarta

Last week I visited both Jakarta and Malaysia to discuss antipiracy enforcement in general (what works and what doesn’t?) and, in particular, to discuss some of our research on the effectiveness of piracy website blocking. I spoke at two events surrounding World Intellectual Property Day. One of the biggest takeaways for me from this trip was that some of the most interesting antipiracy enforcement questions are coming up in the Asia-Pacific areas and yet I have much less familiarity with the piracy and legitimate media landscapes in these countries, largely because data from the US and developed European countries has been so much more readily available. I did meet some folks from iflix (a subscription video service available in a number of Asia-Pacific countries) and hope to score some data for future work.

A few things I learned:

All in all it was a great trip, and I really think it’s important that researchers start conducting some of our work in these countries. The trick will be getting local data!

This article was first featured on Brett Danaher’s Blog: Anti-Piracy Enforcement in Malaysia and Jakarta